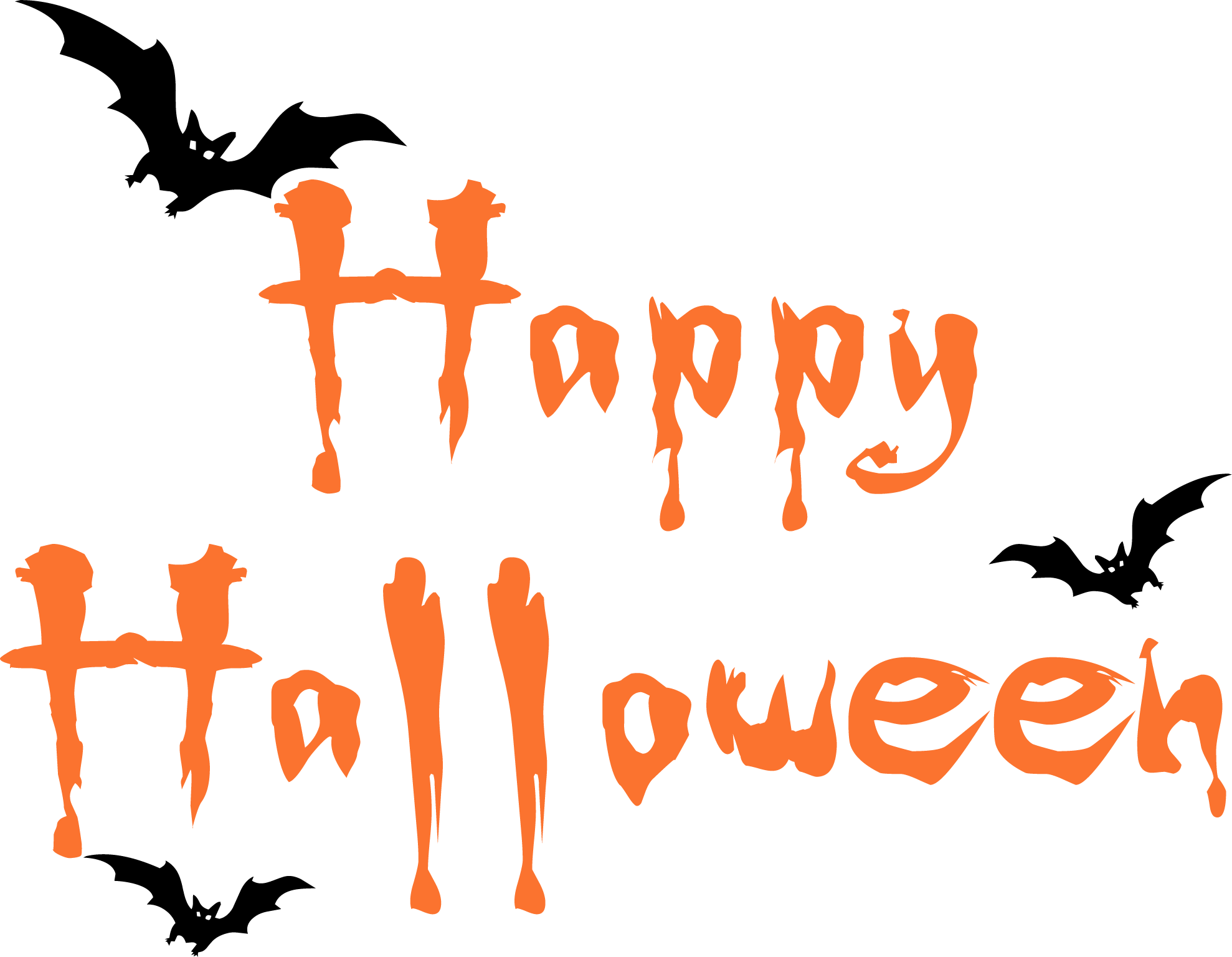 Twelve colorful and delicious Halloween Lip Smackers were released around 2008 (if I remember right), and today it is still one of their most fun collections. 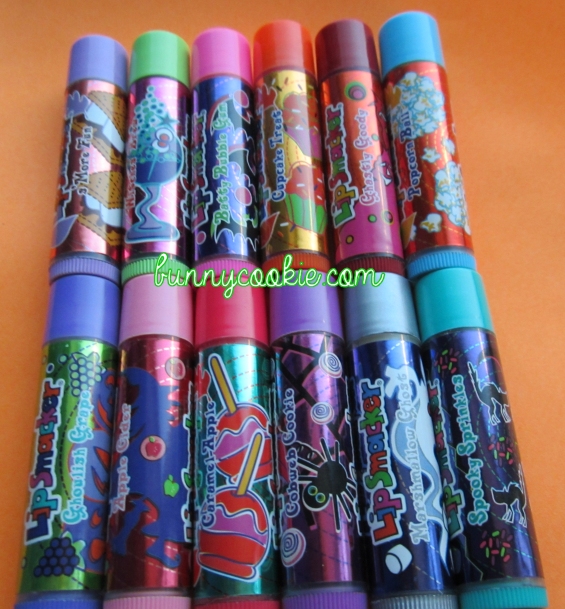 Each had an adorable ‘spooky’ 🙂 theme and shiny label: 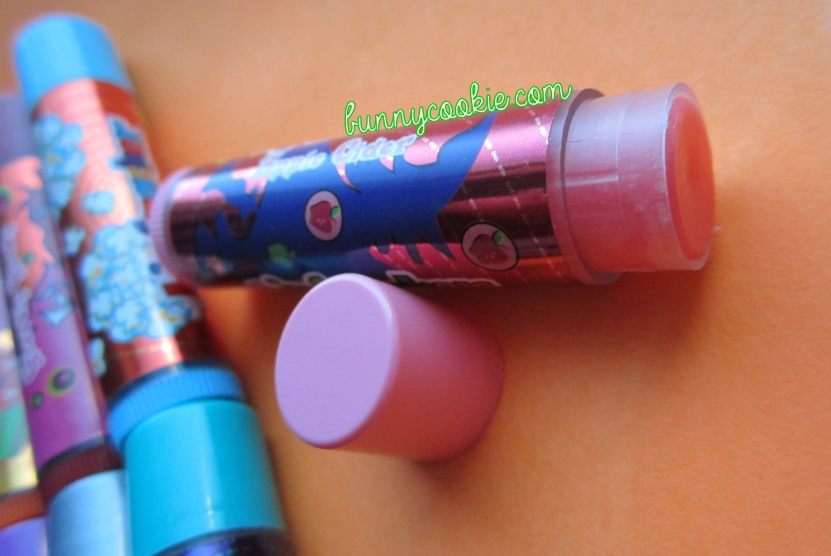 Some of the stand-outs are; Popcorn Ball, which is a super accurate to its name (different from Buttered Popcorn!); Ghastly Goody, which is a yummy raspberry/cherryish scent that reminds me of the candy swedish fish; Apple Cider, because it’s perfect and all-too-rare; and Witches Brew, a strong tasting Tropical Punch that’s different from the standard version.

Also, I’m crazy excited for the Vanilla Cream Soda and Black Cherry biggies that Lip Smacker just announced! I wonder if Black Cherry will have any lip tint… hmm… 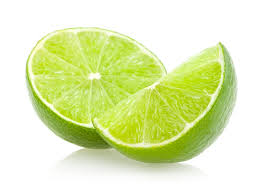 I don’t know about you guys but this has been one hot week so far.  With that in mind, there is no better way to wrap up this warm weather than to dig out the most summery smackers I can think of–the Australian smackers! 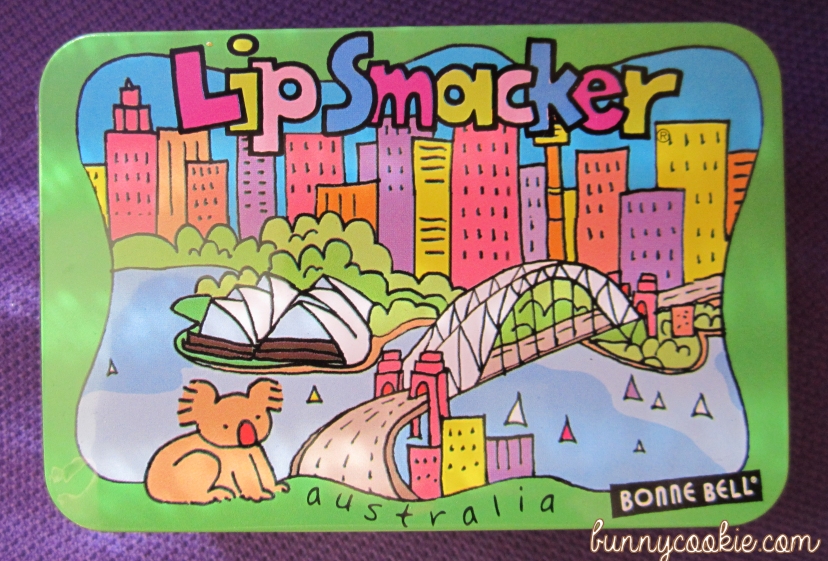 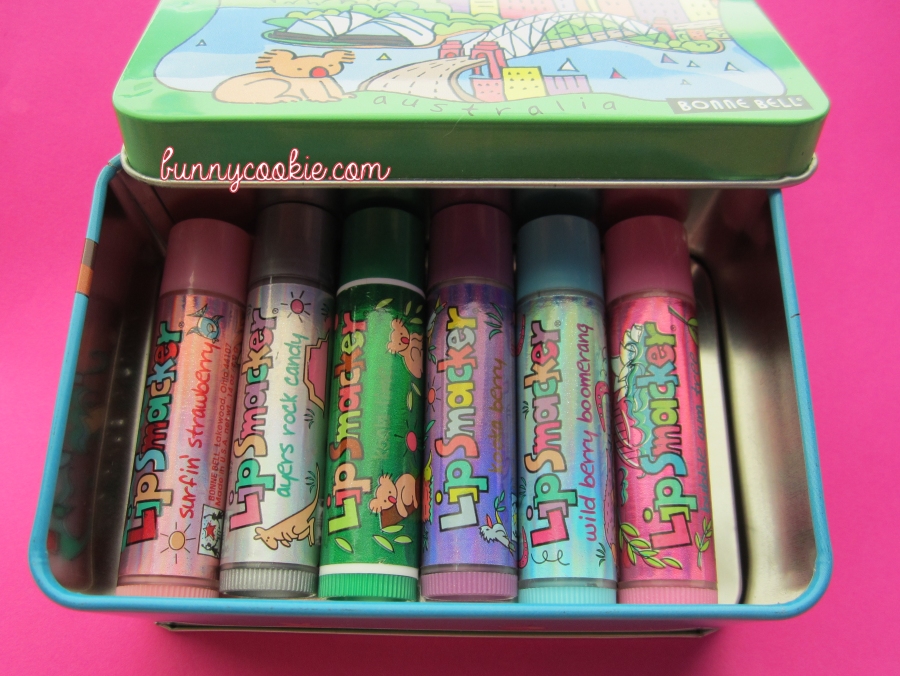 This cute limited edition 6-piece set was designed all the way back in 2000 for the Sydney Summer Olympics.

It’s especially cool because it is themed from top to bottom, from the tin… 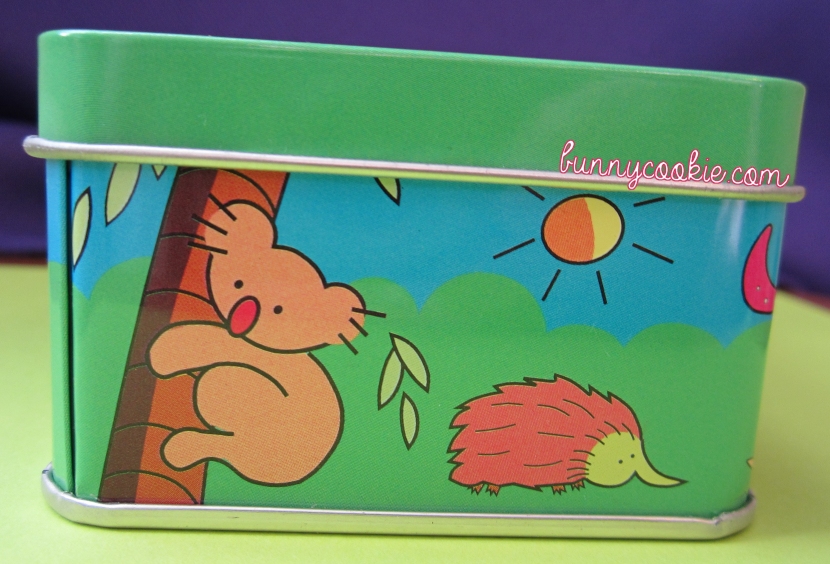 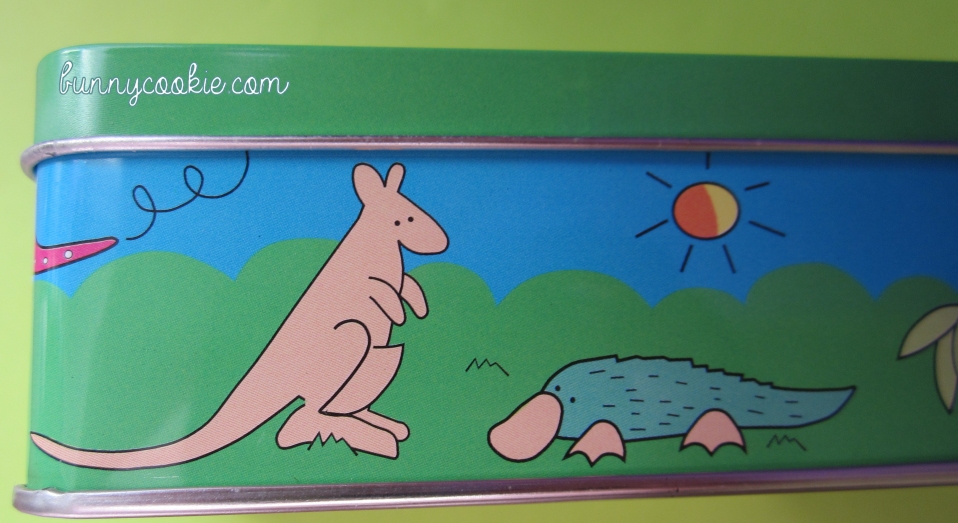 …to the cardboard packaging…

…and of course to the adorable Lip Smackers themselves 😀

All of the smackers have a shiny metallic label that is decorated with cute art that matches the name.

Some fishies on Surfin’ Strawberry :]

I love that the names are themed too. Bubble Gum Tree!

Here’s Kooka Berry which is named after the Kookaburra bird.

Apparently the Kookaburra are known for their bird-call because it sounds like maniacal, almost human-like laughter. Here’s a youtube vid.

Wild Berry Boomerang. What do you call a boomerang that doesn’t come back? A stick. Groan… 😀

If you noticed that these flavors are quite similar to the cosmic/shimmer collection, you’d be right. Below is the yummy Ayers Rock Candy.

According to Wikipedia, Uluru (also known as Ayers Rock) is a “large sandstone rock formation in the southern part of Australia.” 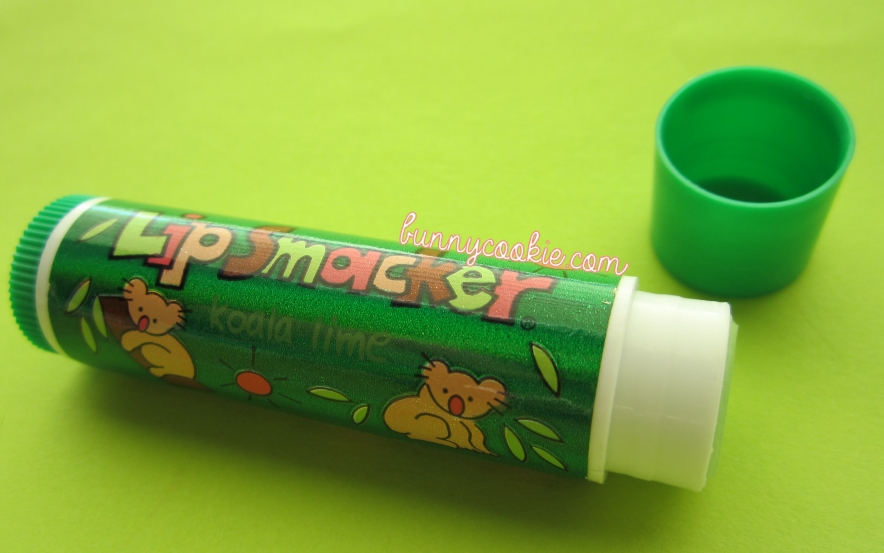 Lastly is Koala Lime which wins the award for Most Precious Thing on the Planet. Lime also happens to be one of Bonne Bell’s best flavors.

I’ve always heard that koalas are really mean but I am just going to keep pretending they’re Australia’s tree kittens. 😛 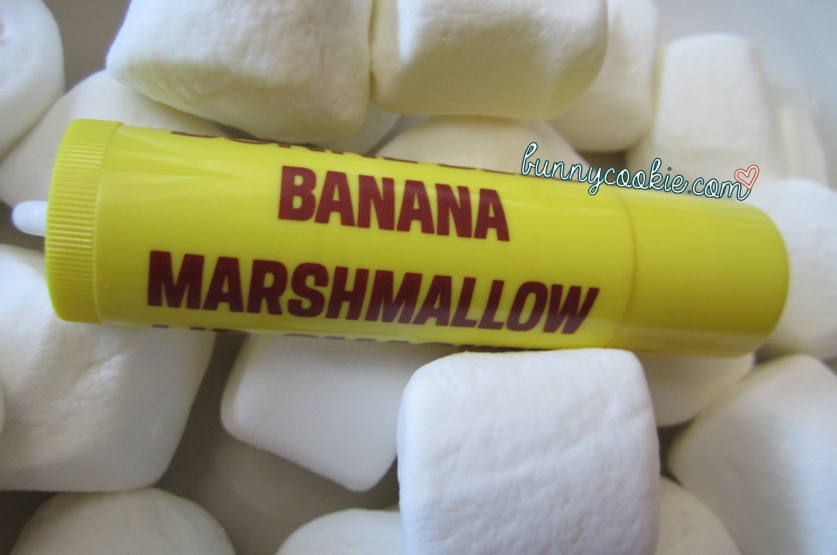 The blog is overdue for a vintage spotlight post!

This time around I have chosen Banana Marshmallow, a vintage biggy Lip Smacker that perfectly captures the amazing delicious-to-unique ratio the old flavors perfected so long ago.

I know I say this probably 99% of the time but this really is one of the all-time best! Look at that brown font and unrelenting yellow tube! Oh and the necklace hook on the bottom that so many smackers of that era had 😀 It really highlights the design aesthetic of the time. 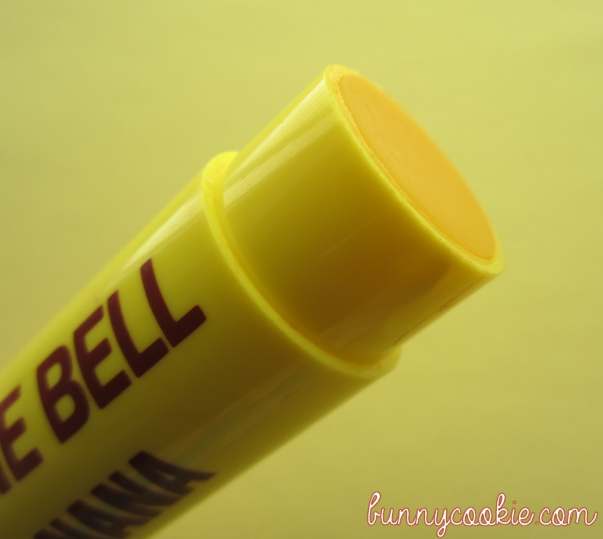 Also props to Bonne Bell on the scent, because even though marshmallow tends to be one of their weaker flavors (in that it loses hold of its scent pretty quick) this decades old smacker smells like it rolled off the factory line yesterday– in fact scent-wise it actually leans more in marshmallow’s favor. 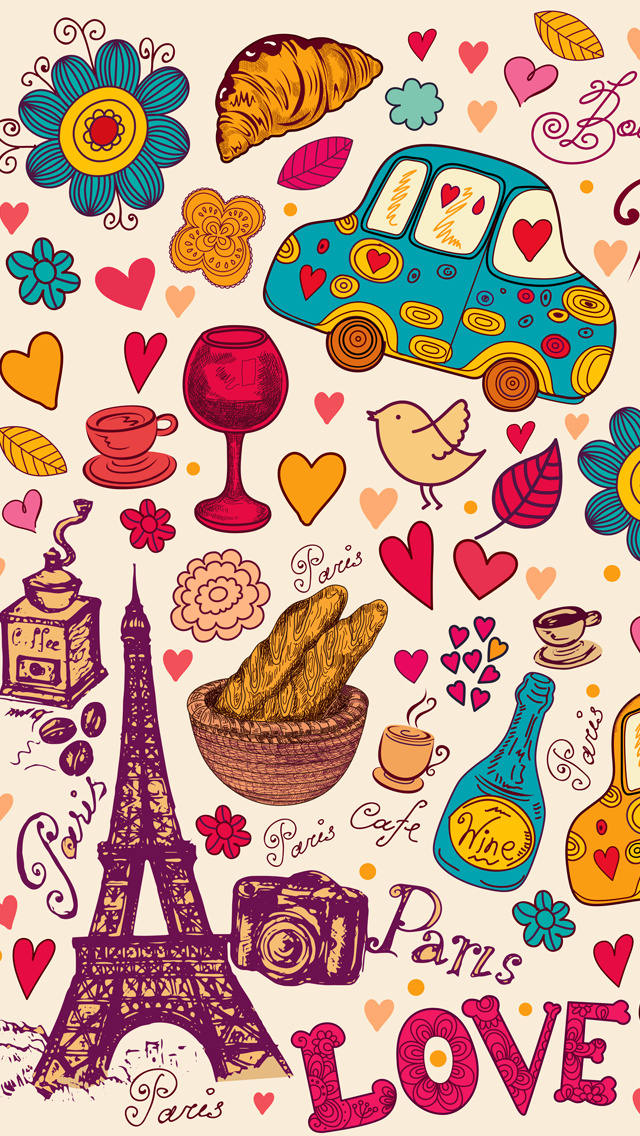 The Lip Smacker Travel Minis were the perfect summertime companions—weighing in at a svelte 0.11 oz (rather than the typical 0.14 oz size), these pint-sized smackers fit just right into purses and pockets on the go 😀 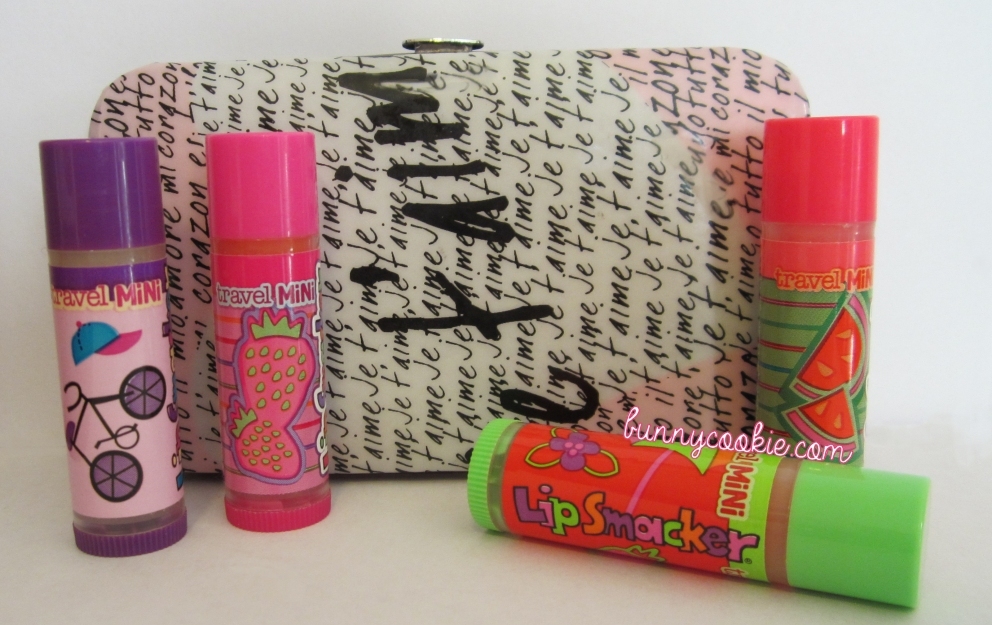 These adorable smackers were available in Vanilla, Strawberry, and Watermelon just a year or two before the logo change.

Even though they weren’t anything new flavor wise, I loved the art (especially on the purple Vanilla smacker!). I’d really like to see these brought back, maybe this time with a key chain cap 🙂

In the mean-time you should still be able to find these for sale at the regular online places! 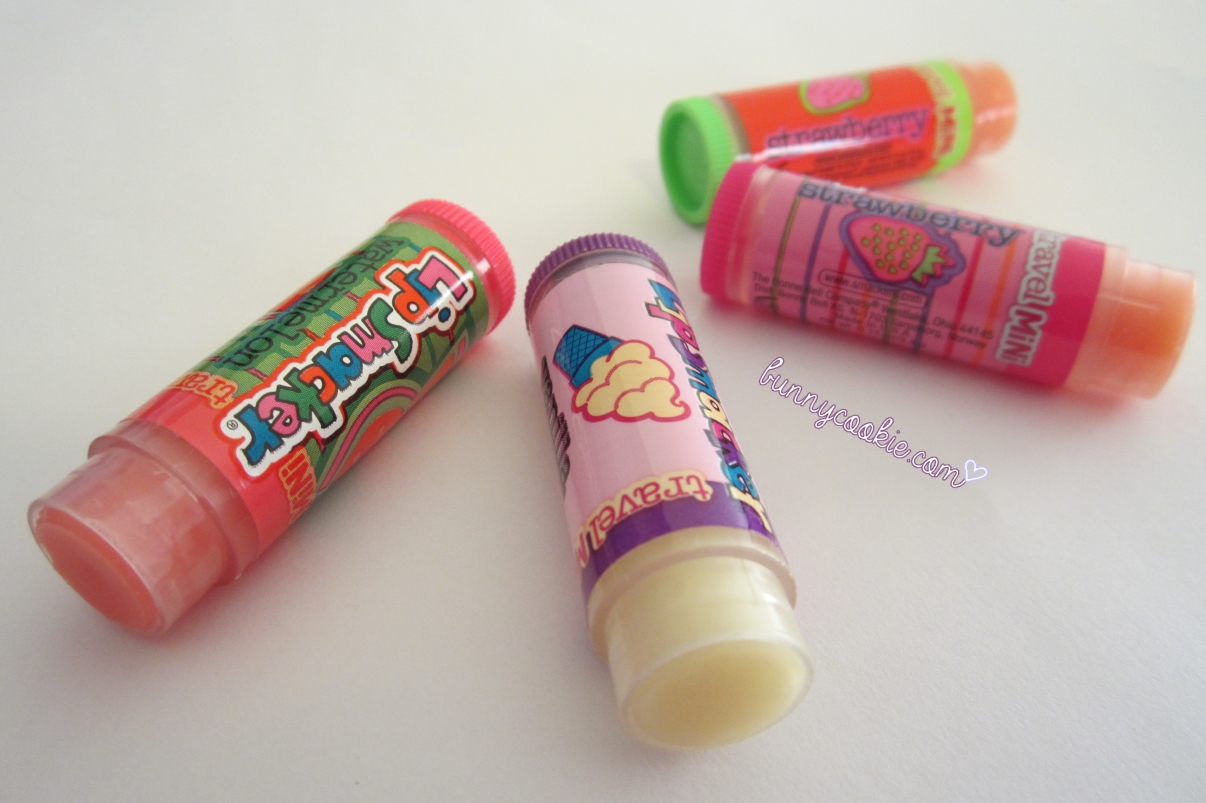 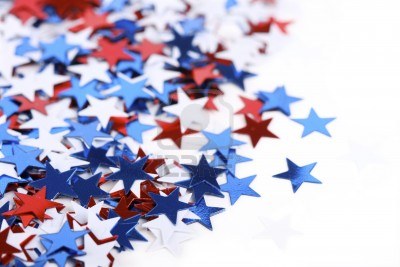 I thought this would be the perfect time to share the limited edition trio set created back in 2001 in remembrance of 9/11. 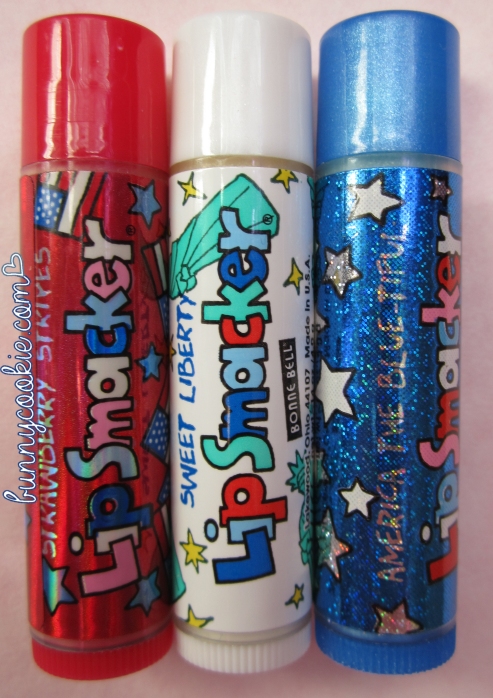 I love these because even though they were made in response to a tragic point in US history, they are still the epitome of what Lip Smackers are about– fun colors, positivity, and deliciousness. These patriotic smackers are perfect! 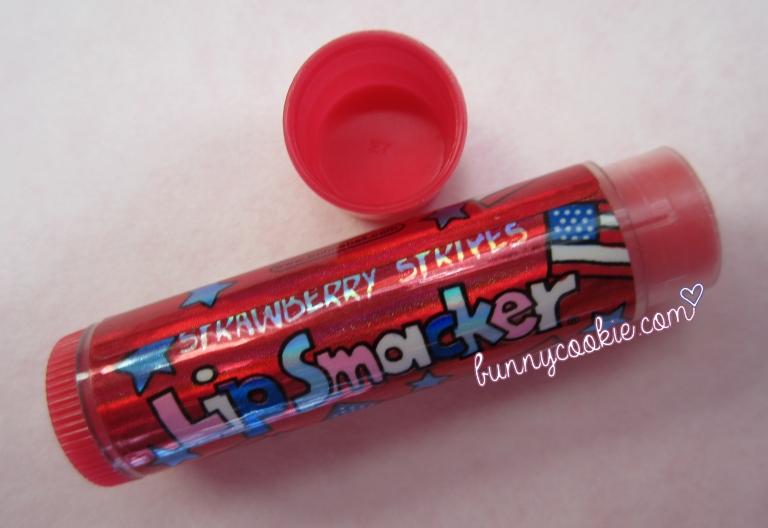 The set opens with a metallic Lip Smacker called Strawberry Stripes, and what better flavor is there to represent the color red but classic smacker strawberry? It was a milestone in Lip Smacker history and fits right at home in this trio. 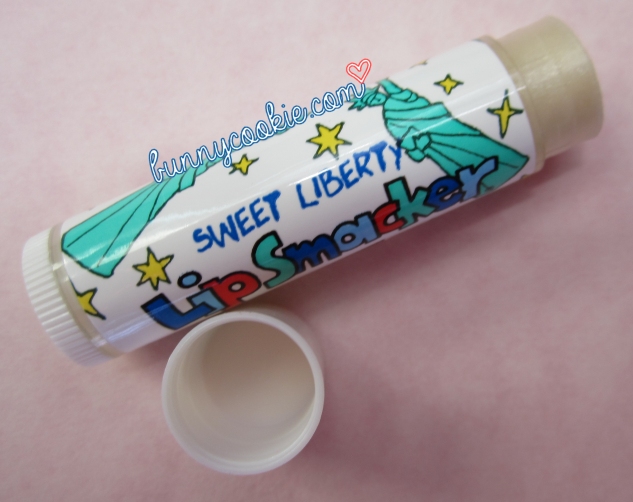 Sweet Liberty is a shimmery sweet vanilla featuring the Statue of Liberty which might just be one of my all-time favorite designs. 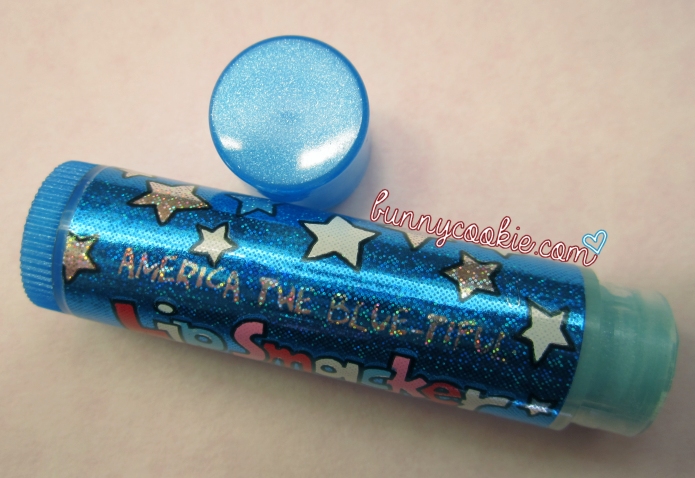 And then there is America the Blue-tiful, a berry flavor that is sparkly from head to toe. I love this one too because… ahh, sparkles! And the name! 🙂 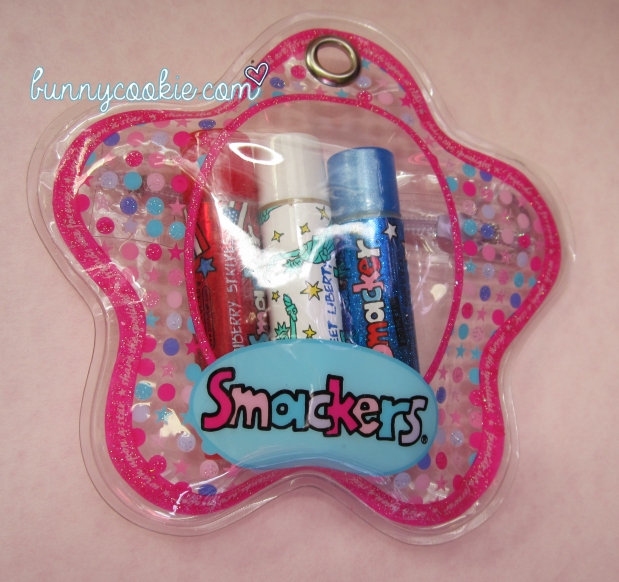 If you had/have this set, let me know what your favorite is!

Have a great holiday everyone!