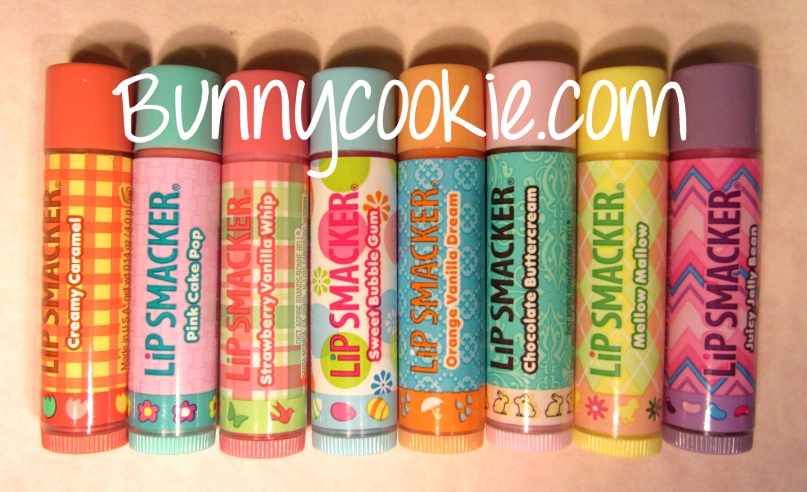 Here’s a picture of some of the new Easter stuff from the last blog post!

Creamy Caramel, Chocolate Buttercream, and Orange Vanilla Dream are the stars this holiday and they will not disappoint!

Several of the other flavors are reused from Easter 2012 but this is a solid collection — everything has a strong scent and the design is pretty cute. It’s definitely worth stocking up on your favorites while they’re available.

I’ll be updating soon with more info on the other Easter stuff. 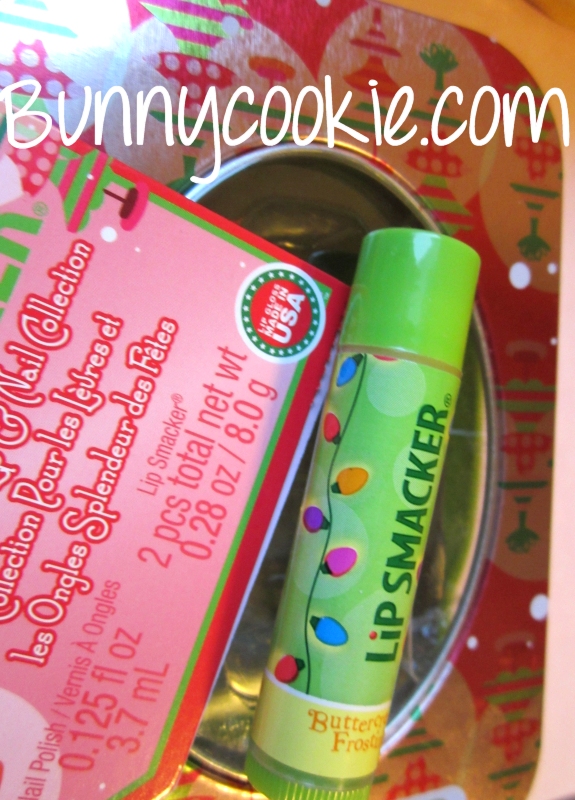 With all of the releases last year I forgot to update the Christmas post with the rest of the holiday smackers, and I also forgot to review the new Brights flavors. Oops. Better late than never, hopefully? 😀

Soo, in addition to the Candy Sweets collection I posted about, BB put out Buttercream Frosting. You can find this flavor in a tin paired with Candy Cane Cake and a glittery red nail polish named Confetti. Fans who can’t get enough of the frosting scent will like this one a lot. 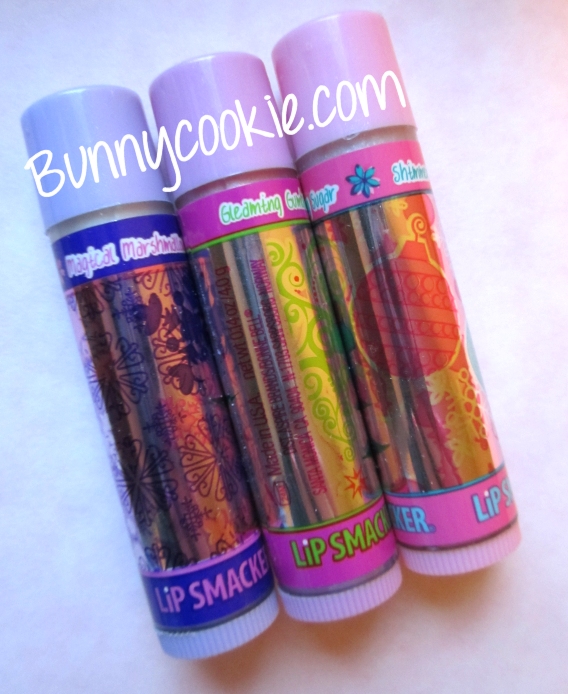 BB likes to do metallic smackers for the holidays–this year they gave us Shimmering Sugar, Magical Marshmallow, and Gleaming Gumball. All three can be found in various tins, but you can also find the first two in a press-on nails set. They’re pretty standard flavors, but the balms are sparkly and you can’t go wrong with BB’s marshmallow 😀 These are easily found (and probably on steep clearance) at your local Walmart, Walgreens, Meijer, etc. 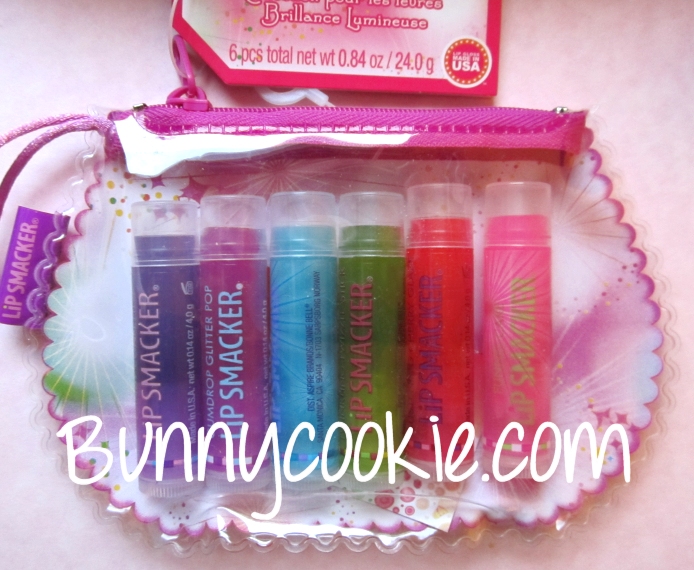 Lastly, the Brights duos released earlier this year (Confetti, Funnel Cake, Snowcone, Lollipop) got a few new delicious friends in Gumdrop Glitter Pop, Twinkling Twizzle Stick, and Glistening Cherry Glaze. These are sooo good! The six-piece bag comes with a couple of the original Brights scents, as well as a re-done Confetti now called Candy Confetti. I can’t pick a favorite, this is an all-around perfect collection. 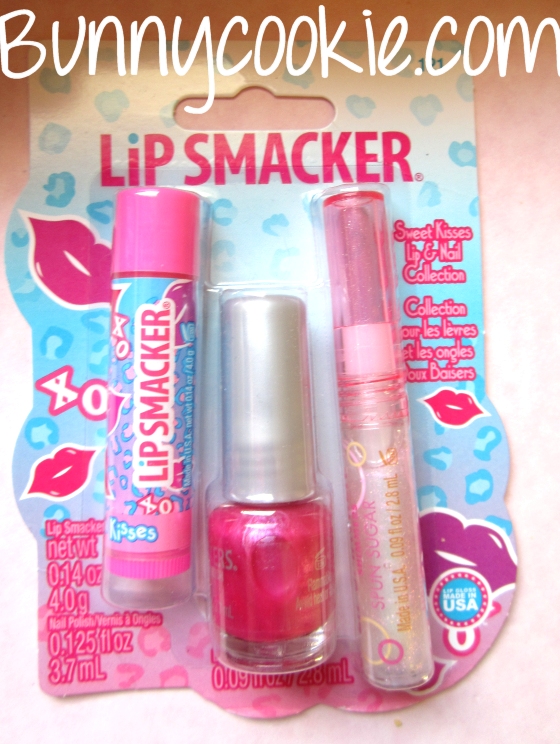 It turns out that Bonne Bell is going low-key this year–Bubblegum Kisses will be the only smacker hitting shelves this Valentine’s Day.

You can find it in a trio with a hot pink nail polish and liquid smacker in Spun Sugar. The packaging is brighter and cuter than the past two years (cheetah print!) so I’m a little sad we won’t see more!

This limited edition flavor is only available at Target. Also, you might not find it in the regular makeup aisle but in the v-day holiday area like mine was. 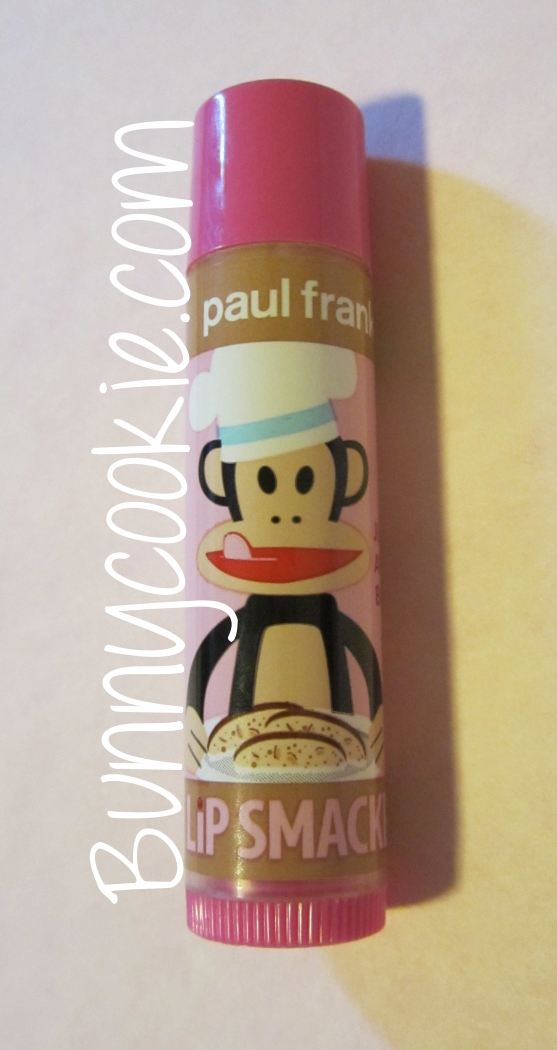 The new Amaretto Biscotti flavor from the Paul Frank line can be found in the standard party pack along with two other new PF flavors that we covered a few months ago–Worry Bear’s Warm Apple Crumb Cake, and Spicoli’s Caramel Corn. It smells warm and yummy, I suppose it passes for its namesake!

A reader also let me know that she has spotted the new cupcake and strawberry lover collections at her local Walgreens–looks like they’ll be rolling out through the holiday season!

Lip Smacker is giving us lots of sugary sweet flavors this holiday season! Here’s a look at the Sweet Treats & Candy Sweet collections and their adorable cupcake and peppermint toppers!

I love the packaging on the Sweet Treats trio–the rounded caps and colors make these really unique. The cupcake artwork is so adorable too, and it looks like the same style of art was carried over into the Cupcake Lovers set I blogged about. Pink Sprinkle is my favorite, it smells exactly like strawberries ‘n cream 🙂 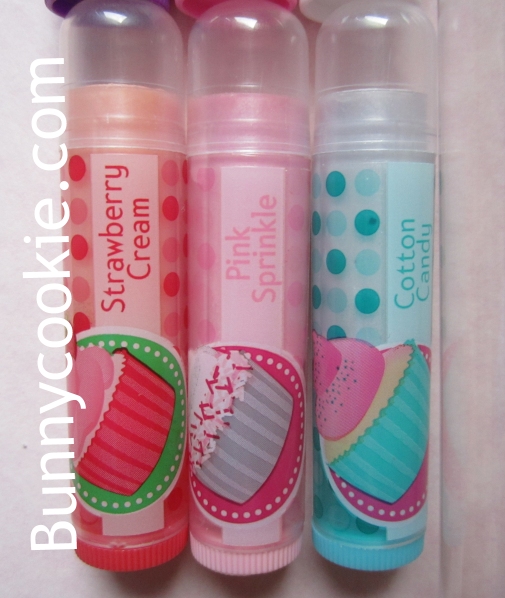 The style of the Candy Sweet collection is much more traditional–what we’ve come to know and love about Holiday smackers in the 2000’s 😀 My favorite from this set is definitely Sugar Plum Ice Cream. I might be a bad smacker fan for saying this, but Sugar Plum is my least favorite scent as it’s usually very floral. I liked Sugar Plum Bubble Gum from 2002, but this one is flawless! 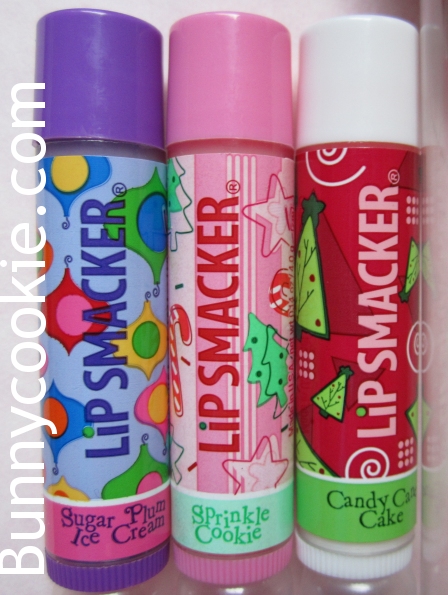 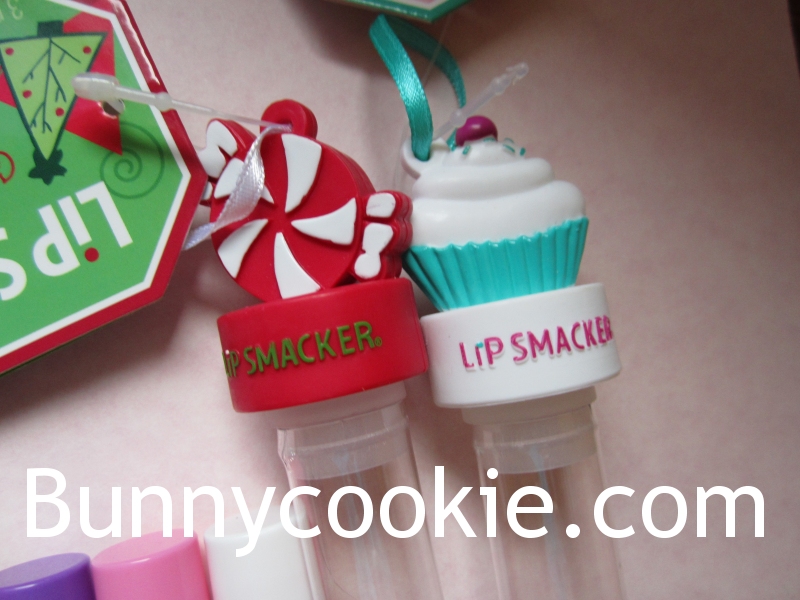