For a large part of its history Bonne Bell had a lot of cool outdoorsy products, including this vintage Lip Proofer (which I estimate to be early 80’s). Specifically, you can find several old ads in skiing magazines!

I found this relevant excerpt from an article written in 1985:

Over the years Bonne Bell has also cultivated a national fitness image. In the 1960’s it became a sponsor of the U.S. Ski Team and the National Ski Patrol. This association helped the firm design a series of skin-care products for skiers, such as Suretan, Sun Block, High Altitude Cream, and Lip Proofer. – The Rotarian 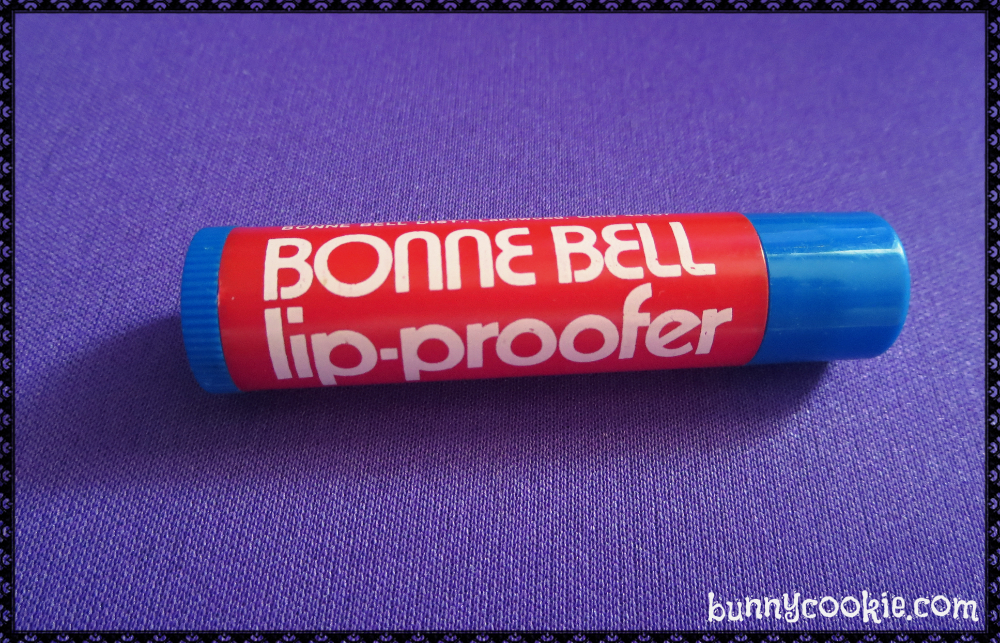 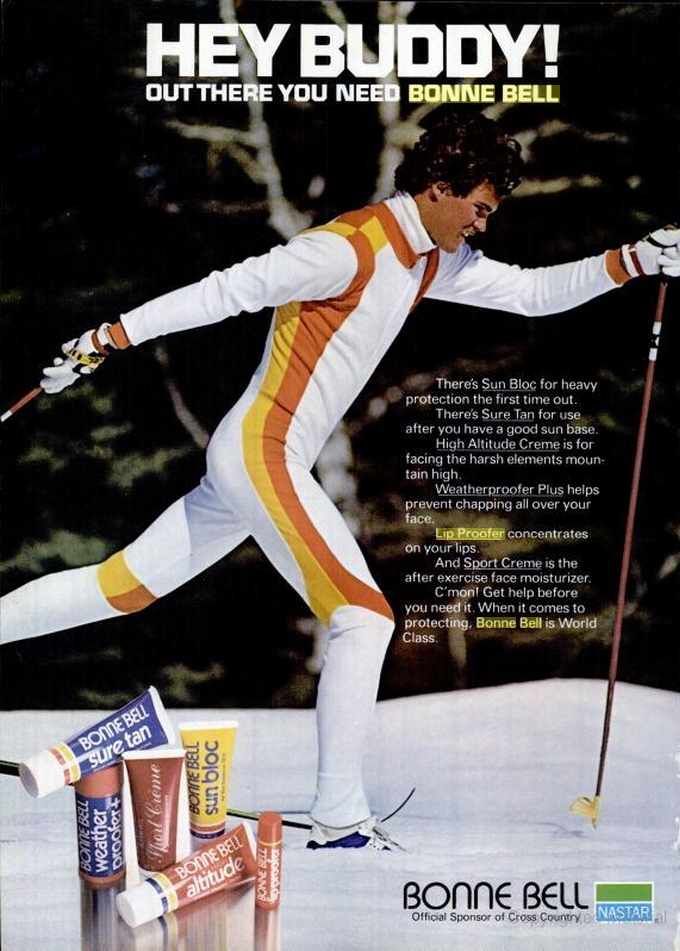 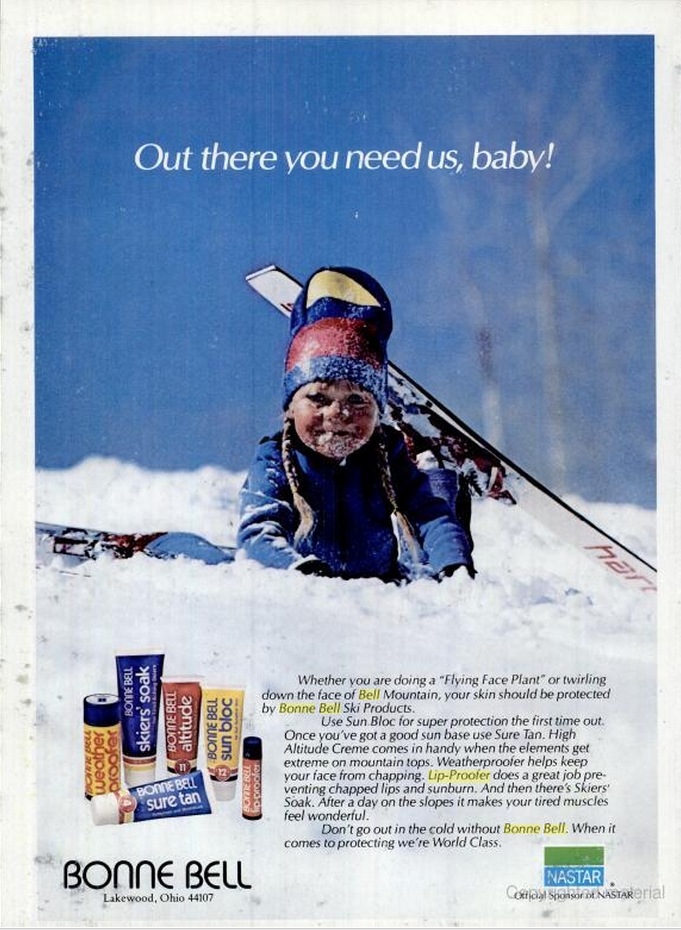